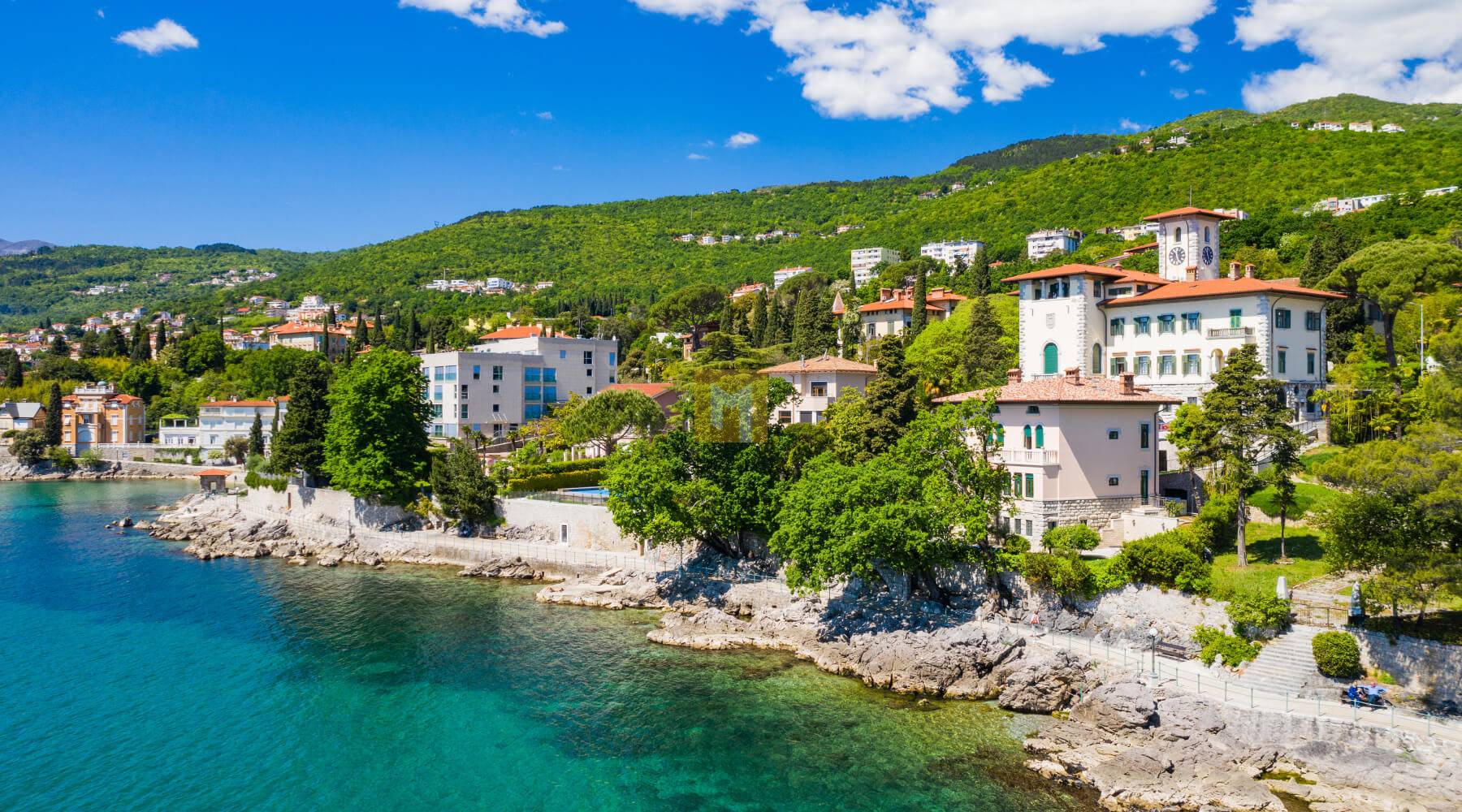 Then there’s a taste of Slovenia, in the hilltop village of Padna, where we soak up the autumn sun as a one-man band plays traditional tunes as they play olives, bread, meat, cheese washed down with local wine and fiery schnapps.

The ship has a wonderful evening with open-air classics in Koper. Local lamb cooked on a charcoal grill is served while we enjoy ourselves. First up is trumpeter Andree Cordova, from the house band, who plays great baroque solos by Handel and Vivaldi. Then guest singers David Righeschi and Maria Salvini, he a mini Pavarotti, she a glam diva, sing the opera’s greatest hits.

We are on our way to the small town of Nin and Solana Nin, a salt museum located next to acres of salt pans, in shallow ponds where salt is still cultivated by hand as in Roman times, yielding several thousand tons per year. Before entering the hills and the royal vineyard, there is of course the salt cellar – donated by the king to his monastery for wine making in 1066 – to taste, with a beautiful view over the sea and some of Croatia’s 1,244 islands. Above the sea of ​​vines.

Time to stroll through Zadar and the Roman Forum and join the crowd watching the sunset with the sound of the sea organ. Beneath the pier are 70 pipes that emit an eerie background music as the gently lapping waves push air through them.

It is Split, where the retirement palace of Diocletian, the last Roman emperor, was located by the sea. Over the centuries, a small town-sized place has grown into an ancient city, as the chaos of medieval buildings erupted behind its massive walls. It was only fully opened to the public a few years ago after centuries of excavating the ruins and rubbish. It is a desolate and crude vision from 300 AD.

On board is the glamorous Ana Rucner, a Croatian cellist with the flamboyant power, skinny jeans, shiny heels of British violinist Nigel Kennedy, who takes the stage to play traditional tunes and classic favorites to a rock-influenced score that has been dubbed to film. Her appearances at national beauty spots.

Korcula, an island just off the mainland, is possibly the birthplace of explorer Marco Polo (there is a memorial plaque and gift shop outside the house). Still, Korcula, the walled city, is a cool place with pedestrian cobbled streets and the 11th-century Cathedral of St. Mark. We drive through the vineyards to the deserted beach of Vela Pržina, where the water is still warm enough for swimming. A calm day and we set sail at sunset. Later we meet the Lucky Boyz, a feisty Filipino band that masters lively early Beatles covers along with the usual dances.

Dubrovnik, the mighty walled city with 2 miles of walkable walls (although tickets cost almost £30) and streets of polished marble. Even when I walk, most of the day is taken up with a completely different journey. An hour up the scenic coastal road is Ston, another salt-producing town, with nearly five miles of walls running up and down the mountainside, second only to the Great Wall of China in size. The restored stretch from Ston to the sea to Mali Ston is open, takes about an hour and takes a lot of energy.

At Mali Ston we board a small boat for a cruise through the vast oyster and mussel beds. We moored next to a working oyster boat and sucked freshly caught oysters for us, followed by (along with local wine and hot water) a mussel stew.

Back on board, there’s Azamara’s big deck party, White Night; everyone dresses in white and dines—barbecue, clams, fish, and more—on white tables. The band plays, singers and dancers perform and the audience dances along as we sail into the night.

After leaving Croatia we take a sunrise cruise to Kotor, Montenegro, a scenic excursion through a wide bay, along a narrow channel and then into a fjord that looks more like a lake surrounded by rocky pinnacles. More walls, and I step through the city gate (buy dried figs at the market stalls) into a world of narrow passages and many stairs, a medieval marvel. But more walls go up the mountain; not as grand as Ston but steeper and the stairs less completely renovated. It takes me 35 minutes of hard work in the gym to get to the top – about 900 feet and 1,350 steps – and just as long to get down.

Leaving in mid-afternoon – the road to Athens is long – means rest before dinner. Tonight is an Indian buffet, all butter chicken and Rogan Josh lamb, in the casual Windows restaurant, beautifully set tables on the back porch as we roll through Albania.

One day at sea when we could sit knowing there were no more steps. Clerks regularly interact with guests: the charming Polish hotel manager Ryszard Gusmann appeared everywhere we went, greeting guests at the port, waving, and – a keen chef – appeared alone in the live kitchens creating everything from sea bass appetizers with custard. Desserts.

Even now, Azamara is celebrating with a special brunch, from omelets to giant shrimp, with a sparkling side dish.

It’s not all over yet, and for dinner we enjoy lobster bisque and New York strip at Prime C Steakhouse ($35, unless you’re a suite guest).

Transfer from Piraeus port past the Olympiakos football stadium and with stunning sea views to the airport which also houses a museum with artefacts found during construction.