Best smartphones 2022: The best phones we tested this year
Advertisement A smartphone is one of the most impressive pieces of technology ever created, and your smartphone is arguably the most important piece of technology you own, which can be very overwhelming when you need to upgrade. With so many different phones on the market, all with distinctive features and styles, it can’t be easy to find the perfect fit.

That’s why we’re here, and that’s why we’ve carefully curated this list of the best smartphones we’ve ever reviewed. We review dozens and dozens of phones every year, from versatile flagships to budget phones and everything in between.

While we are also aware that everyone is looking for something different when buying a new phone; Whether you want a device that will last for hours on a single charge, the best camera on a smartphone, or want to play the latest games.

Therefore, our list includes several phones made by different companies, and iPhones and Android phones are included in this list. And speaking of iPhones, Apple recently launched the latest iPhone 14 series, which includes four new mobile phones: iPhone 14, iPhone 14 Plus, iPhone 14 Pro, and iPhone 14 Pro Max.

We’ve also compiled other top lists if you’re looking for a more specific phone. Our selection of the best camera phones focuses on the photo and video capabilities of a device, while our best budget phones and best mid-range phones focus solely on more affordable options that fit your budget. For some, the fact that we’ve picked the best phone with iOS means it’s not really an option for them. For those looking for only the best Android has to offer, we think you can’t go wrong with the Samsung Galaxy S22 Ultra.

It might be an S-series smartphone in name, but let’s face it, this is essentially the next-gen Galaxy Note, and that means it’s the only phone on the list with a built-in stylus. With the S Pen, you can draw, write shopping lists, or navigate the user interface with a dark pen, which you can’t do with the iPhone 13 Pro.

Samsung’s latest efforts aren’t always top-notch in every photographic situation, but they leave the competition in the dust when it comes to zooming. If you move the telephoto zoom up to 10x, you will find that the results are much sharper and more usable than on the iPhone 13 Pro and Pixel 6.

Our reviewer praised the S22 Ultra’s high-resolution display for accurate colors and beautiful presentation of HDR videos. We were also impressed with the excellent performance for both gaming and general use thanks to the high-end chipsets. It may not be able to match the iPhone 13 Pro in terms of speed (both in Geekbench scores and in our experience), but it’s certainly not too far off.

However, the S22 Ultra leaves something to be desired in terms of battery performance. This may not be bad compared to other high-end Android phones like the Oppo Find X5, but it won’t last nearly as long as the iPhone 13 Pro Max during normal use. Our reviewer managed to survive two days with the iPhone 13 Pro Max in some cases, while the S22 Ultra only made it to the end of the first day. Given the size of both phones, that’s a shame.

If you want a slightly cheaper, but still very powerful Android superphone, the outgoing Samsung Galaxy S21 Ultra is still an admirable product, with an overall design that is better for us than the newer model. 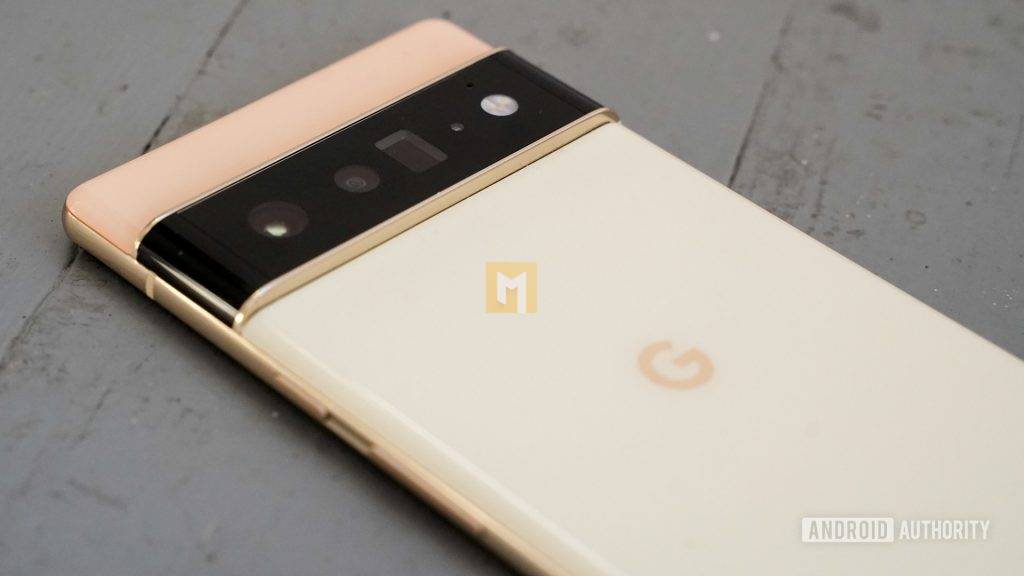 We don’t think there’s a better Android option under $ 600 / $ 600 than the Pixel 6. It has the nicest software of all the phones we’ve tested – yes, including the iPhone 13 – and it takes advantage of excellent imaging. from Google. the abilities to capture incredible low-light photos give the much more expensive flagships from Apple and Samsung a run for their money. If you want crisp, clear photos at night in bars and restaurants, the Pixel 6 is a good choice.

Even though it’s lighter on the wallet, the Pixel 6 still packs a lot of useful features. It has wireless charging, an IP68 rating for protection from accidental splashes, and a bright and clear display. It’s by no means a small phone, but its dimensions are smaller than the Galaxy S22 Ultra, so it’s easier to hold.

Pixel phones are also great because they get the latest software updates directly from Google much faster than the competition. 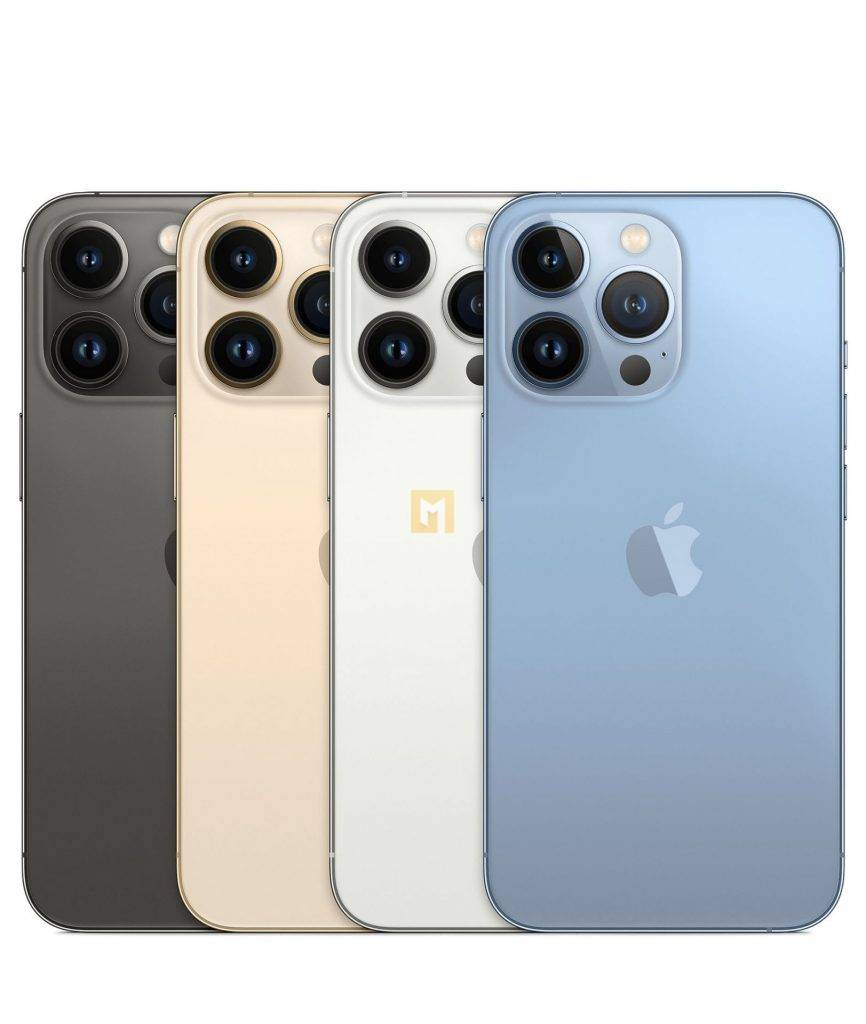 Just as the Pixel 6 represents the more affordable Pixel 6 Pro, the iPhone 13 packs many of the features of the iPhone 13 Pro at an attractive price. If you have an iPhone 11 or earlier and are happy with a phone of this size, we’d say the iPhone 13 is a solid upgrade from your current smartphone.

If you’re hesitating between this and its better sibling, we recommend opting for the Pro model if you can’t live without the zoom camera or the fast ProMotion display (which is especially useful at high altitudes). – stop the game).

Still, the iPhone 13 is as fast as the Pro model in benchmark tests and is expected to receive the same number of software updates over the next few years. It runs on the same iOS and can access the same apps and games, and will also be updated to iOS 16 later this year. 0.1-inch variant, which is still relatively small. If you want a big screen for video content, this is not for you and you should check out the iPhone 13 Pro Max instead.

However, please note that pre-orders for the latest iPhone 14 series will begin in the UK on September 9, so you may want to avoid looking at older iPhone models if you’re looking for the latest releases. Among the Galaxy S22 Ultra in Samsung’s flagship range of 2022, the Galaxy S22 Plus packs some of the more luxurious features of the more expensive phone and is available at a lower price point. For example, the screen is 1080p instead of 1440p, so the sharpness is lower and the camera selection isn’t as wide. The novelty of the S Pen may also be missing, and here the screen is flat rather than curved.

If you’re not really upset by these omissions, we can easily recommend the S22 Plus as one of the best Android phones we’ve tested, especially if you’re familiar with previous Samsung phones.

The S22 Plus is a big phone, even if it’s slightly smaller and easier to keep in your pocket than the Ultra or iPhone 13 Pro Max; In terms of durability, however, it cannot match Apple’s flagships. We’ve got through the day consistently with the S22 Plus, but a multi-day phone just doesn’t come close.

The three cameras on the back offer a lot of versatility and the images don’t look very different from the Ultra. Samsung wants to increase color saturation when processing photos, so you’ll find that colors, especially red and green, stand out more than the iPhone’s competition. These brighter colors look great on the phone’s bright OLED display. If you’re not familiar with Realme, sit back and take note of the brand now that it has launched GT 2 Pro. For the price, this is an Android phone that performs like the Galaxy S22 Ultra in our benchmark test. Open up the high-end game with Realme GT 2 Pro and it will stand up to much more expensive competition.

It’s the same story on the screen again. We placed the Realme GT 2 Pro alongside the Pixel 6 for comparison, and the 6.7-inch display here is sharper, smoother when scrolling, and brighter in sunny conditions. It’s not quite comparable to the iPhone 13 Pro or the S22 Ultra, but we wouldn’t expect it to be at this price point.

In our load tests, the GT 2 Pro impressed us once again. Not only is there a charger in the box (unlike the latest phones from Apple, Samsung and Sony), but it only takes about 30 minutes to charge from 0 to 100%, which is faster than any other phone out there. . list.

Some sacrifices have been made to reach the desired price, but we don’t consider any of them to be a headache. For example, the design on the back lacks the glass finish of some high-end phones (although it has an innovative paper-like texture in its place) and lacks the ability to charge wirelessly. More troubling is the lack of an IP rating for certified protection against dust and water and the lack of a telephoto lens for versatility in photography.