Your complete guide to Gibraltar
Advertisement 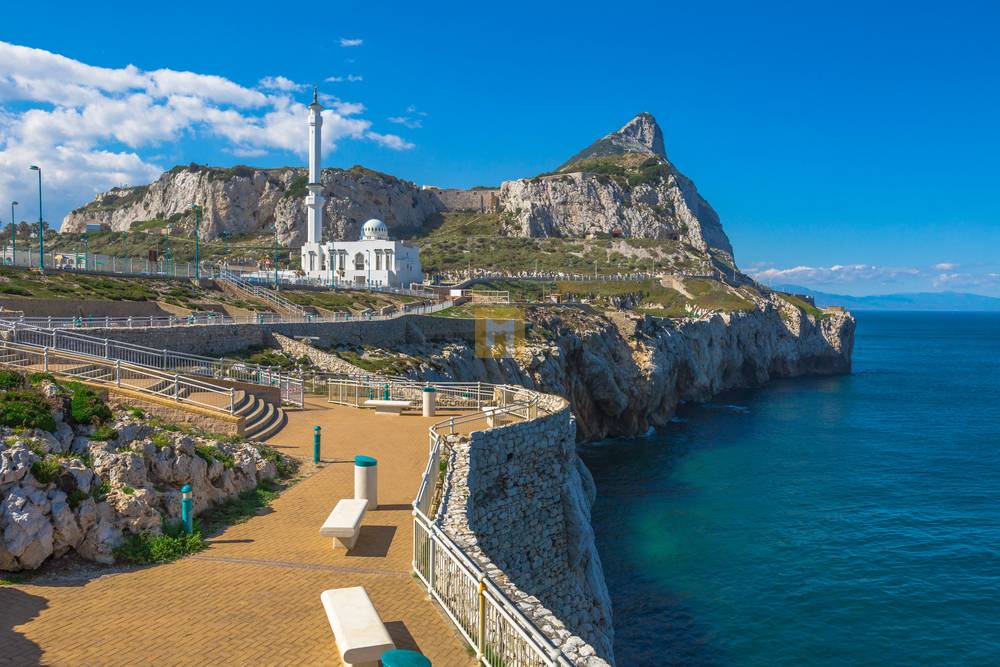 The small British overseas territory, Gibraltar, is located at the southern tip of the Iberian Peninsula, bordered by Spain to the north. A rugged coastline is formed on one side of the Mediterranean Sea and on the other side of the Atlantic Ocean. Street and neighborhood names represent the vibrant history of this small country, while the architecture, culture and cuisine are influenced by both Europe and Africa.

Gibraltar’s most important and popular landmark is the rock, whose residential areas have crept into the lower slopes. Upper Rock is a nature reserve with many interesting attractions.

At Upper Rock Nature Reserve you can see wildlife, pass historic caves and cross the Windsor Suspension Bridge (part of a thrill-seekers walk).

This area is full of cannons, guns and batteries that were installed when the rock defenses were reinforced to protect against possible land attacks from the north. Today, they are incorporated into many attractions. The cave of San Michele is one of them.

According to legend, the name comes from a similar cave in Puglia, Italy, where the Archangel Michael once appeared. Some of the many past uses of this cave include shelter during raids from the sea, the Victorians held parties and picnics here, and it was an ammunition depot.

The main hall or auditorium hosts concerts and other events, and the spectacular Awakening is an immersive light and sound show.

During the American War of Independence, France and Spain allied with the Americans and declared war on Great Britain. They first attacked Gibraltar because of its strategic importance to the defense of Great Britain. To counter a possible attack, the British strengthened Gibraltar’s defenses and tunneled into the rock. Weapons were placed in these tunnels. Despite being vastly outnumbered and blockading their port, the governor and his men successfully defended the land.

Another highlight is the Skywalk at the top of the cliff. Built on the foundations of a World War II building, the visitor will admire an incredible 360-degree panoramic view of Gibraltar. The Skywalk is connected to several walking paths in the surrounding Gibraltar Nature Reserve.

The famous Barbary macaques, commonly called Barbary monkeys, are all over the Upper Rock. About 300 macaques from nine different species roam freely here. They have no shame in grabbing visitors’ belongings in the blink of an eye.

The Gibraltar Wildlife Sanctuary is located in the Alameda Botanical Gardens. These beautiful gardens were established in 1816 in the heart of Gibraltar to promote the common good. The paths and flower beds were built from local limestone. The coats of arms and monuments around the gardens reflect their age and Gibraltar’s military history. They are also educational as they include plants from different climates and the special flora of Gibraltar. Conservation is part of the gardens and the conservation park within them (entrance fee).

Alameda Wildlife Conservation Park (AWCP) cares for exotic animals seized by Gibraltar Customs, unwanted exotic animals and some native species. An important part of their work is raising awareness of endangered species, and the park also has endangered species on loan from international zoos, such as the cotton tamarin. The informal layout means visitors can enjoy encounters with residents, including lemurs and talkative parrots.

Dolphin adventure off the coast of Gibraltar

Dolphin watching departs from the large Ocean Village marina and the chances of seeing these fascinating creatures are very high as several pods of dolphins have inhabited the Strait of Gibraltar. They often circle boats and swim under them before performing mid-air stunts. Tuna and flying fish are common in these waters. They can also be seen walking along the Europa Point promenade towards the sea.

Sights include the shrine, mosque, battery and lighthouse. The Moors built the Shrine of Our Lady of Europe in the 14th century. After being converted into a Christian place of worship and the statue erected in the 15th century, it has been renovated several times. Built in 1997, the Ibrahim-al-Ibrahim Mosque is a fine example of Islamic architecture. It was given to the Muslims of Gibraltar, mostly Moroccans, in 1997.

Harding’s Battery (also known as Harding’s Fort) was built in the mid-19th century. This artillery battery, abandoned for years and buried in the sand, was restored when Europa Point was renovated in 2010. Europa Sunken Magazine was also renovated and turned into a visitor center. Built in 1841 by Trinity House at the gateway to the Atlantic and Mediterranean, Europa Point Lighthouse was automated in 1994. The lighthouse was redesigned in 2016 and is now overseen by the Trinity House design center in England. The historical optics can be seen at the University of Gibraltar. The walk along Punta Europa offers a good view of the caves that penetrate deep into the limestone cliffs. These include Gorham’s Cave, which welcomes a small number of visitors each year.

The Gorham Caves area was partially excavated in the 1950s, but serious excavations did not begin until 1989 with the formation of the Gibraltar Caves Project, which is still active today. This work not only resulted in the Gorham Cave Complex being designated a UNESCO World Heritage Site, but it was also opened to the public. A limited number of visitors can pre-book through the National Museum of Gibraltar. This experience involves descending several steep steps that cling to the rock face. After a short walk along the rocky coast, you’ll arrive at Gorham’s Cave where Neanderthals once lived and see familiar plants, birds and animals, the food they ate and their stone tools. More information can be found in the National Museum of Gibraltar in the old town.

Old Town is a testament to the country’s recycling philosophy, in this case its historic buildings. Many of them have been renovated inside, but the original facades have been preserved. External inscriptions and red information panels prove it. The National Art Gallery is located on the ground floor of City Hall. A large building that was once a family home. Several halls have small galleries, most of which are dedicated to local artists.

The National Museum of Gibraltar is located in the Bomb House. This remarkable structure dates back to the 14th century, when the North African Merinid dynasty ruled Gibraltar. Exciting evidence of this early occupation are the remains of a 14th century Islamic plot and the remains of a well in the garden. The well-built and informative galleries take visitors on a walk through Gibraltar’s history.

The Garrison Library retains its original purpose and was built in 1793 by Colonel Drinkwater, who “complained of the want of a public library in Gibraltar” during the Great Siege of Gibraltar. Very few newspapers and other reading material had arrived in Gibraltar during the siege to relieve the boredom of the garrison officers.