Pokemon Shining Pearl is hard to have fun at first, but there is a lot to enjoy if you can get over the initial frustration and boredom.

The original Pokemon Pearl has been my favorite game in the series since it came out in 2007, so I was naturally thrilled to know we were getting a new version on the Switch. However, that remake doesn’t start very well. It actually took me several hours to start enjoying myself, thanks to all the ride you have to do in the beginning. But I’m having a lot of fun now that I can fast travel to previously visited cities and have most of my favorite Pokemon in my inventory, which Pokemon makes possible later in the game. 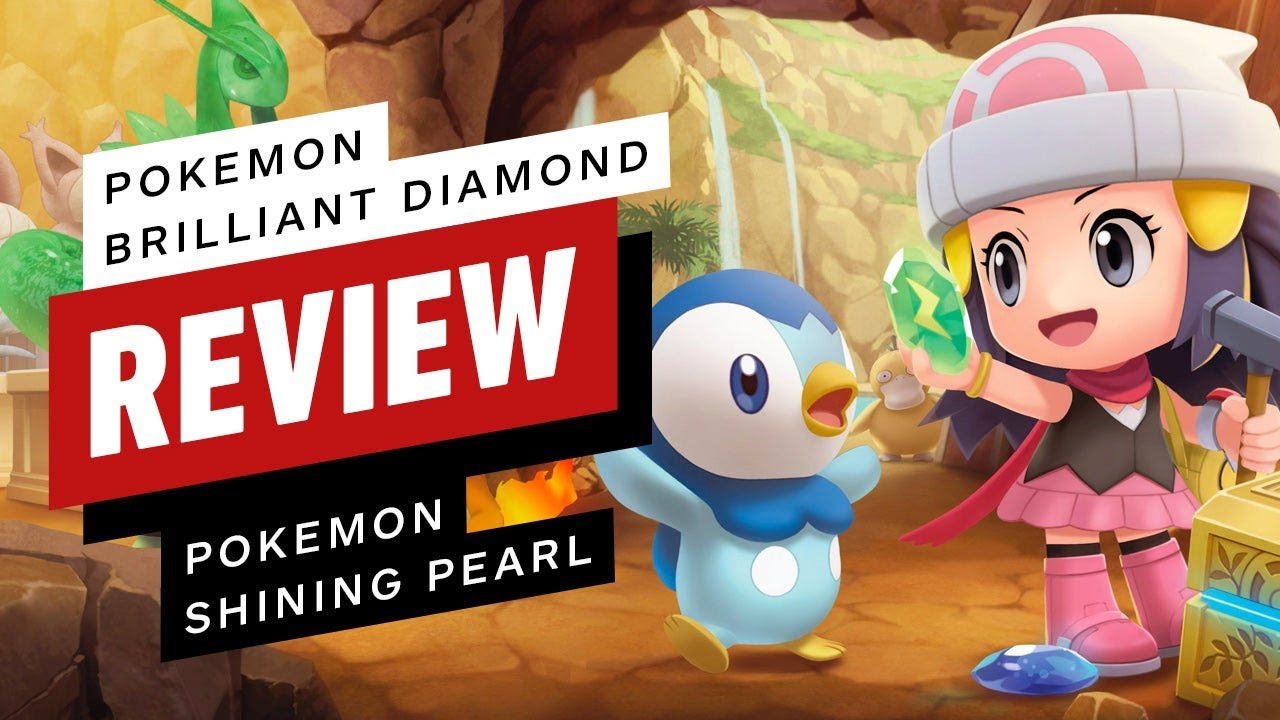 Setting / texture: as before

The world of Pokemon has always been our strange mirror, with creatures both fantastic and mundane. Pokemon are kept as pets and friends, but wild Pokemon (pocket monsters) can also be caught and join your ranks in more organized battles with rival trainers (these are game characters, not other real people). It’s weird if you try to think about it too much, but the point is, you can collect and train a variety of cute creatures and then compete for dominance in RPG-style turn-based combat against other opponents (PC).

Pokemon Pearl transforms you into an aspiring young Pokemon trainer as soon as you begin your journey. Along the way, you’ll explore the Sinnoh region, encounter new Pokemon, and catch your own wild Pokemon to use as your personal battle team. You can then pit your team against other trainers as you make your way, ultimately winning the maximum: the Elite Four and the reigning Pokemon Champion.

Shining Pearl is basically the same game as the original Pearl with the same story but now on Switch instead of DS. As a remake, it works pretty much as expected with some modern updates, the same core elements as the original, and not much else.

To be honest, at first I couldn’t tell if I really liked Shining Pearl. I may not have played anything in the series since the 2013 Pokemon X release, but the current title felt like a chore from the start. Wild Pokémon battles happen so often that switching from A to B can be tedious, even if you try to escape most battles to save time. I knew I was expecting that, but it’s especially jarring early in the game when you can’t easily win or avoid most of the fights and even try to catch every new creature type. It all gets a little boring.

The frequency of encounters with wild Pokémon can also be a big problem. You have to roam the world to follow the story, find different types of Pokemon and uncover secrets, and sometimes you will randomly come across trainers or wild Pokemon who want to fight. Once a battle has begun, it all switches to a turn-based battle system where you can take your time deciding which Pokemon or ability is best suited to handle what is in front of you.

For the other managers, your teams will compete against each other until all members on the other side are eliminated. Conversely, wild Pokemon can be weakened by fighting and then caught with balls designed to hold and carry Pokemon called Pokeballs. This is usually fine – even expected – except that it can be uncomfortably inconsistent here. Sometimes it takes a few seconds of execution for a Pokemon to appear. Sometimes I’ve just finished a fight and can’t even take a full step until I’m fighting something else.

Some conditions can also cause a battle to take a long time to start. If you’re not looking to catch any Pokemon and just want to progress, these small delays can cause delays. Sometimes disputes drag on. This can lead to frustrating and lengthy spells that don’t threaten your team, but seem to take forever to finish.

I know this doesn’t paint the best picture, but eventually I started to have fun. The classic Pokemon battle involves a variety of attacks (e.g. fire, water, grass, etc.) and works well. However, it is very satisfying to launch an attack that your opponent is weak against and see his health bar drop significantly. Unlocking fast travel so you can go almost instantly to any city I’ve already been to was a big help too.

There are also many smaller features that work well, such as color-coded battle menus, easy-to-read battle information, and quick shortcuts to lessen the impact of any initial boredom.

Usually you see a perspective from above as you explore the world of Pokemon Pearl, and the visuals aren’t very striking to be honest. The character models are small and cute, which is great, but they are quite simple and not particularly expressive.

However, the combat looks much better, with much more detailed characters and significantly more complex animations than their lesser counterparts in the top-down parts of the game. It’s a minor detail, of course, but I really enjoy the way each of your pokemon moves while idling. It helps to sell the idea that everyone has their own temperament.

I also like how one of your Pokemon follows you from the outside – it’s mostly an aesthetic thing, but it’s cute and again sells the idea that they have a personality.

Ultimately, whether Shining Pearl is worth buying depends on what you want or expect from it.

Wanting to play Pearl again after so many years, it was an easy purchase for me (which, despite the complaints, I don’t regret).