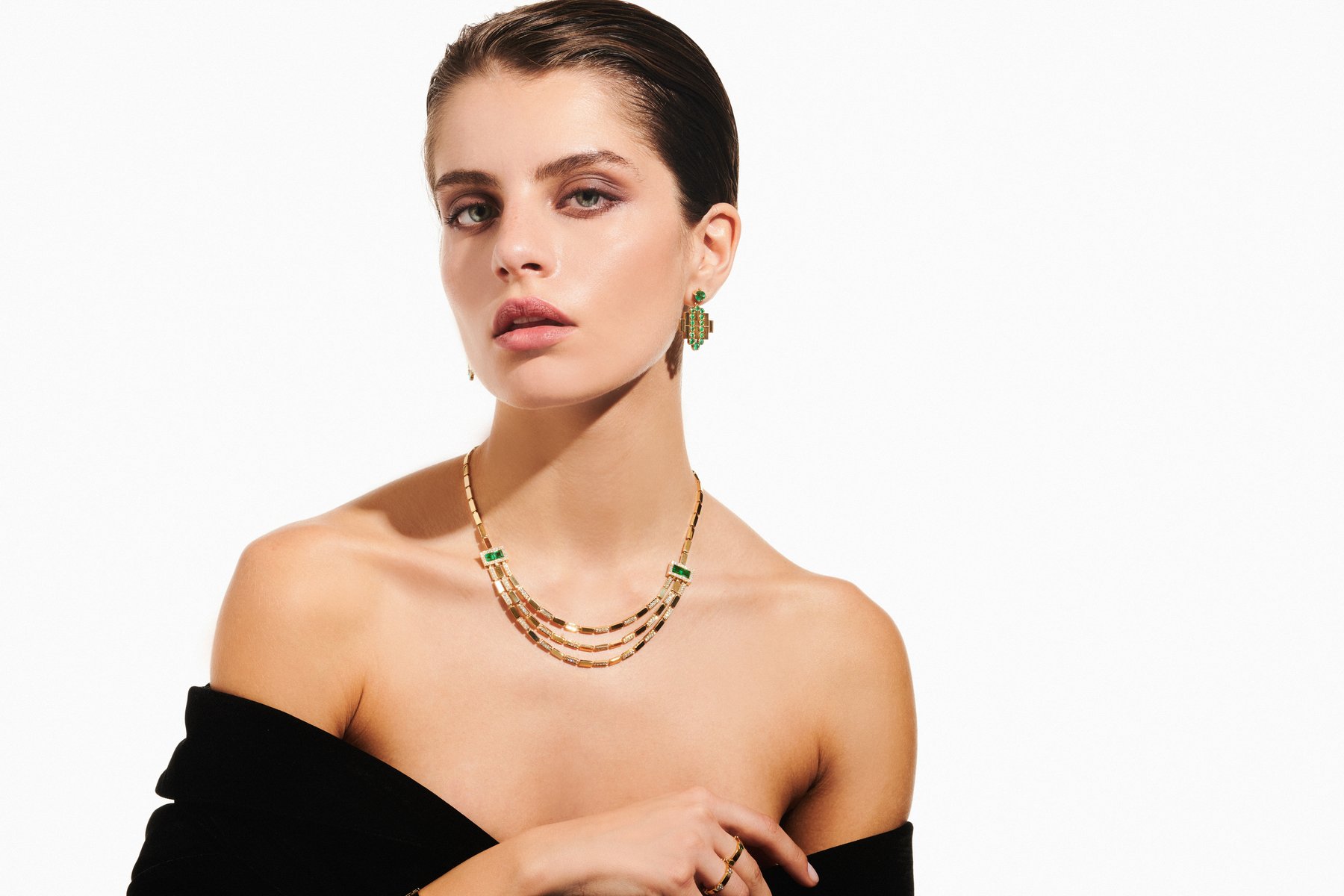 Lalaounis, the Greek jewelry house, is open to influences from all over the world and presents the Chiwara collection. Chiwara gems in yellow gold and diamonds are inspired by the sculptural headdresses of the Bamana people of West Africa. Chiwara is used in sowing and harvesting ceremonies and is associated with fertility and the transmission of farming traditions from generation to generation. There are several variations of chiwara or ci wara as they are also known. As objects of Boli power, they can be male or female or even abstract and contain the stylized form of an antelope. During ceremonial rituals, the chiwara is held in a basket above the head, with the person’s body completely hidden under a ruffled raffia cloak.

Once seen and never forgotten, Chiwara sculptures are one of Africa’s most famous art forms. Their clean, clean lines, striking triangular markings and refined use of negative space inspired many 20th-century modernist artists such as Constantin Brâncus and Fernand Léger. Today, the house pays tribute to the famous Chiwara with a gold line of patterned rings, earrings, necklaces and bracelets, while Maria Lalaounis, creative director of the Greek house, brings a precious interpretation of this ancient iconic object.

Demetra Lalaounis Auersperg, CEO and Head of International Business at the Greek family business, explains: “The sleek, linear and open zigzag carvings of these men’s and women’s headwear, along with the rich symbolism behind them, have inspired us to create this minimalist and geometric collection. .

Korutalo Lalaounis has filled its history with stories from different cultures. Founding the company in Athens in 1969, Ilias Lalaounis started making jewelry inspired by his passion for history and especially for the cultural heritage of his country. His first jewels reproduced antique motifs as evocative and large objects, made with ancient techniques such as hand hammering and filigree work in 18 or 22 carat gold. This started the tradition of the house of designing gemstones that resemble cultures from the Paleolithic to the Minoan, Classical and Hellenistic cultures and then moved to other civilizations such as the Byzantine, Far Eastern, Celtic, Viking and of the Native Americans.

We are always looking for a common border, a jewel that has a story to tell and to interpret it in our own way. The first appeal to Chiwara it was visual but the more we explored the topic the more interesting it got because it has such a beautiful story to tell and about agriculture, the importance of men and women working together and respecting the planet and topics that are so important are today,” explains Lalaounis Auersperg.

The African theme continues from the successful Nubia collection, which has interpreted the engravings on Nubian ceramics as precious stones. Like the Nubia, the Chiwara has clean, minimalist lines and a strong personality while maintaining the unmistakable style of the Lalaounis brand. Gold cast and polished in circles or bars is subtly merged to create jewelry that is airy and light, yet has a striking visual impact. Like all Lalaounis drawings, Chiwara is not a literal interpretation, but the essence of the style and spirit of the sculptures. Elements such as the zigzag shapes and tapered horns of a stylized antelope are captured in thin gold bars and rings. The rich, undulating texture of the gold evokes the handcrafted ethnic charm of the original Chiwara, with the diamonds as highlights in a carefully cut shape.

Impressive and universal in their simplicity, Chiari gems are easy to wear both day and night. The double and triple earrings offer a sophisticated look that would look great on the beach with a kaftan. Lalaounis is able to create such original and refined gemstones because it has its own factory in Athens. Working closely with the design team, each jewel is refined and refined until it meets the exacting house standards that few independent jewelers can demand.

The time of Chiwara’s publication coincides with a growing interest in African art and respect for ancestral sources of knowledge. The spark first flew when creative director Maria Lalaounis saw a Chiara sculpture.